MBZIRC is an international robotics competition, which first took place in 2017. IISc Bangalore, among 42 teams worldwide, did qualify for the upcoming competition in 2020, which will be held in Abu Dhabi (UAE).

In Challenge 1 a team of Unmanned Aerial Vehicles (UAVs) will autonomously track and interact with a set of objects (for example intruder UAVs) following 3D trajectories inside the arena.

In Challenge 2 a team of UAVs and an Unmanned Ground Vehicle (UGV) will collaborate to autonomously locate, pick, transport and assemble different types of brick shaped objects to build pre-defined structures, in an outdoor environment.

In Challenge 3 a team of UAVs and a UGV will collaborate to autonomously extinguish a series of simulated fires in an urban high rise building firefighting scenario.

Since its launch in February 2015, MBZIRC has gained worldwide fame and emerged as the country’s largest robotics competition. Over ...
Read More 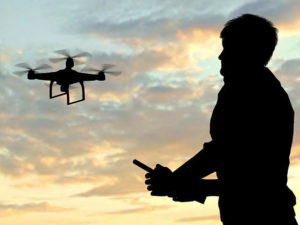 RBCCPS, together with IISc's Department of Aerospace Engineering and Tata Consultancy Services, are participating in the Mohamed Bin Zayed International ...
Read More
Back